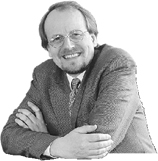 Embedded Technology has a history that dates back some 40 years. Intel launched their 4004 processor in November 1971, and it wasn’t long before the circus was under way. Companies in Scandinavia, and especially Sweden, were very early adopters of the technology, and by the mid-1970s we had a host of companies working with embedded technology.
I first personally came into contact with the embedded industry in earnest in 1977, and did not start working with microprocessors full-time until 1978. All the same, more than 35 years is a pretty long time.

How does today’s embedded technology differ from its counterpart 35 or 40 years ago? The main differences have to do with volume, price and performance.
The basic building blocks were available back 35 years ago. The microprocessor had already made the transition from four bits to eight, and was clocked at several MHz. That’s enough power to do a lot of amazing things.

But embedded computers still played a fairly marginal role in society 35 years ago. You could find them in the new scales and cash registers at department stores. They were also used in new copying machines and industrial automation, but hardly at all in the home, or in cars. Most people could go weeks without having any contact with a device that had an embedded computer, and some people never had any contact with them whatsoever.

The situation is different today. Embedded computers are the rule, and computer-less gadgets are the exception. We are going from having computers in lots of things to having them in almost everything.
The upshot is that no one who is designing and manufacturing anything, no matter what it might be, can afford to ignore the trend. It is by no means always necessary to build in a computer, but if you don’t, it’s important that you know why. 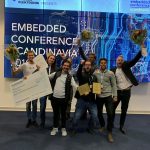 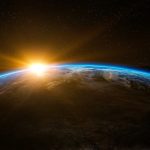